Aston Villa and Everton are set to face off at Villa Park on Thursday evening.

The tie is a huge one for the Toffees, who need a win to keep their fading European hopes alive.

Everton are currently sat 8th in the Premier League table on 55 points.

However, they have a game in hand on most sides above them and would actually move level on points with 5th place West Ham with a win against Villa.

Dean Smith’s side, on the other hand, have little left to play for this season.

Villa had a superb start to the campaign, but the last few months have seen their form take a dramatic dip.

As a result, they are currently sat 11th in the Premier League with no real shot at finishing in the top-six/ seven this campaign.

Ahead of the tie, an update on the fitness so Jack Grealish has emerged.

Grealish has been out of action for some time now, with absence coinciding with Aston Villa’s dip in form.

The midfielder has missed his side’s last 12 league ties, with the Claret and Blue picking up just three wins in those games.

As a result, Villa fans will no doubt be keen to see their star man return as soon as possible.

And, as per Gregg Evans of The Athletic, Grealish is likely to return for Villa vs Everton:

He’s in line for his first appearance in three months.

A place is also up for grabs up front with Ollie Watkins suspended.https://t.co/d22DZ6HnBb 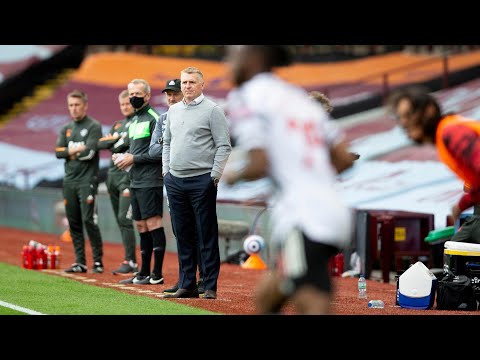 Tuchel urges Chelsea to ‘not get lost in dreams or hopes’...

Barcelona made a mistake not getting Ronaldo money for Messi &...

Tottenham linked with a move for Demarai Gray | Sportslens.com

‘I was always ready’ – Pochettino opens door to Premier League...